Moving Meetings offers step-by-step guidance on ensuring a successful meeting through careful preparation, mastery of essential communication skills, and active intervention to keep meeting participants focused on a meeting’s agenda and goals. You’ll learn to change meeting breakers, such as over scheduling, concluding without an action plan, and lack of leadership, into meeting makers — concrete strategies and tactics to keep meetings moving.

No! How One Simple Word Can Transform Your Life

If you’re afraid that saying “no” will cause a backlash with friends, family, or colleagues, you’ll be pleasantly surprised to learn that “no” can be a productive answer, and can put you in control of any situation – without turning you into a meanie. No! turns the word into a tool for personal power, and gives you new ways to help discussions and decisions move forward. This enlightening guide reveals how “no” can help you protect your time, money, family, and more. And it demonstrates that “no” is a legitimate word that doesn’t always need to be negotiated to “yes.”

Building Community in Buildings takes us on a fascinating journey through workplaces large and small, old and new, traditional and contemporary, to explore the dynamic relationships between people and the structures in which they work. Noting that a child born today will spend 90 percent of his or her life inside, Jana Kemp and Ken Baker integrate insights from management and building design to reveal new understandings about workplace productivity and performance. Showcasing dozens of examples—from office buildings to libraries to hospitals—the authors highlight innovative practies that utilize space to promote creativity and collaboration, improve morale and motivation, and ensure employee health and safety.

Moving Out of the Box: Tools for Team Decision Making

Moving Out of the Box Press Photo

Project teams are the rule, rather than the exception, in today’s organizations. But, thanks to the pressure of performance goals, conflicting agendas, and political jockeying, few teams make consistently superior decisions. In Moving Out of the Box: Tools for Team Decision Making author Jana M. Kemp, an authority on team decision making, saves the day by offering tested methods and tools that teams and leaders can use to ratchet up their performance level.

Prepared Not Paranoid: Lessons from Law Enforcement for Living Every Day Safely

In the wake of 9/11, many Americans feel their individual safety is threatened by forces they cannot control. Some take drastic measures and move from metropolitan areas thought to be targets, while most stay put and try to find ways to protect themselves in their homes, their workplaces, and their communities. Still, a sense of vulnerability or uncertainty can undermine feelings of safety and security. Today’s dangerous world calls for daily personal power that overcomes paranoia and puts people back in control of their lives and their sense of safety. Drawing on 34 years of law enforcement work and training, co-authors Doug Graves and Jana Kemp present useful information and practical guidelines for keeping yourself, family members, and co-workers as safe as possible every day.

The list of challenges facing society is endless. Numerous financial and social problems affect the world and individual countries. And they also affect states, counties, cities, and even school districts and neighborhood policy councils. It’s time for fresh thinking and new ideas in the public arena; it’s time for more civic-minded people to get involved by running for—and winning—elected office.

Media in which Jana has appeared includes radio, television and print: 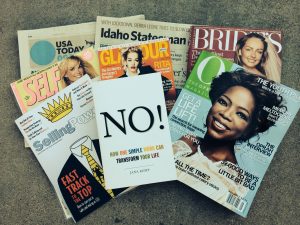